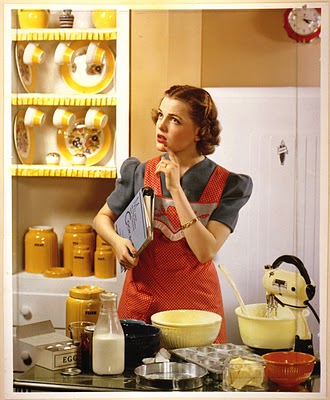 My husband and I recently moved to the South and as a So Cal native that was a tough move. We decided to move out here because of the opportunity and what it meant for our future – probably the most grown-up decision I’ve ever had to make, you know, apart from saying “I do.” So we made the move and now I work from home and I’m trying to reconcile the fact that I’m a stay-at-home wife. Seriously, it’s weird how I feel like I’m still 5 years old playing house in my bedroom, cleaning dishes and making dinner. What is this, 1950? To say the least, the transition has been interesting and I’m not altogether sure that I can survive in this role forever. I mean, my mom did for 14 years and I now have a whole new respect for her.

But, while I try to make the adjustment, I’ve learned all sorts of things as a stay-at-home wife. Mainly as a result of having too much time on my hands but I thought I might share a few of those fun facts I’ve learned so far:

1.) There is no correlation between the amount of time one spends in the kitchen preparing food and the way it will all taste once it’s done. If I spend 45 minutes or if I spend 3 hours, the food tastes the same and I will never be Paula Dean.

2.) After realizing that, I realized thatit’s impossible for me to spend less than 45 minutes making dinner. I don’t know how Rachel Ray does it, but 30 minute meals are a joke.

3.) Magic Eraser really is MAGIC but it will take paint off your wall if you are a bit too overzealous.

4.) Vacuuming is an easy way to make a space look tidy.

5.) TBS airs two re-runs of the show Las Vegas a day, making it easy to get my daily Josh Duhamel fix.

6.) Don’t watch HGTV when you rent, specifically House Hunters, it will make you sad that you don’t own.

7.) Finally learned what the “Auto-Clean” button on my oven does. Opening the door to a clean oven was a highlight of my day.

8.) I’m a bit obsessed with Swiffer. Once I start I will spend the next half hour Swiffer dusting every horizontal surface in a room.

9.) I will never be done decorating my apartment. The more I sit at home the more the blank walls bother me and then I’m forced to go shopping to remedy the problem.

I guess that’s it for now although I’m sure I can think of more later. Any housewives who can add to my list?